I've had terrible experiences with jackets in my lifetime. Back in my freshmen year of high school, my Mom bought me this glaring white Nike ski jacket that could blind a man if he looked at it the wrong way. I wasn't too opposed to it until I got on the bus and some ghetto chick wearing a BabyPhat hoodie who probably didn't make it to college started calling me Vanilla Ice. Of course, I never wore it again. Then I my senior year of high school, I got this very same exact Levis corduroy jacket: 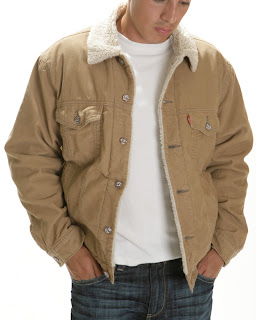 which was really warm and cozy, but got me made fun of again when I made it to college because of a certain gay cowboy movie starring Heath Ledger entitled 'Brokeback Mountain'. So soon enough, all my new freshmen year college friends (and unfortunately my current senior year roommates) all started calling me Brokeback Mountain each time I wore this to brace the cold weather. Eventually I grew tired of this and decided to follow the trend two years ago by purchasing a Pea Coat, which again was very warm and looked nice and all that jazz, but tragedy struck again. For some reason, I still don't know why, Ryan Urkiel said that everytime I wore that coat, he said I looked like the 4th Jonas Brother. Great. Just what I wanted to hear, Jim Jonas. Purity rings. Disney channel music. No thanks. I endured two winters of that jacket and the Jonas brothers until I realized it was time to get a new jacket. Fast forward to a month ago, I'm shopping in Urban Outfitters (insert hipster-inspired joke here), and lay my eyes on this leather jacket. I don't know why, but I just had to have 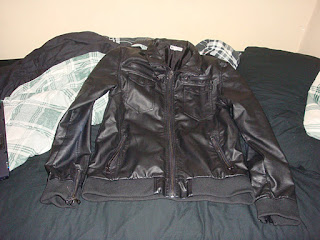 it. It was like a quarter-life crisis where I felt the need to buy this thing, granted it was on sale. Anywho, I can already tell I'll be getting jokes about The Fonz, so I've decided to beat people to the punch and post my top 10 list of best leather jacket wearers:

10. Indiana Jones- Yes he might be more famous for wearing a satchel, but Indy managed to kick ass, find random stuff, be afraid of snakes and raid tombs all while wearing a leather jacket. I don't know what makes him more badass, the leather jacket, or the fact that he's named after a really boring state. 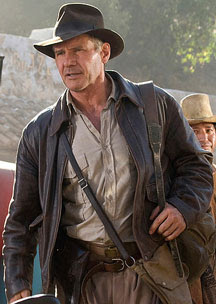 9. James Dean- Yeah he might of died really young from speeding and only made 3 movies in his life, but the man looked damn good in a leather jacket. I guess if you're going to be a rebel without a cause, step one is to look like you can pull of a leather jacket. 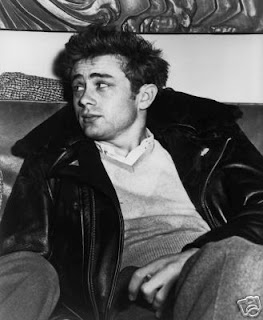 8. Michael Jackson- Okay, this isn't really helping my case too much here, but who didn't love the music video for Thriller? 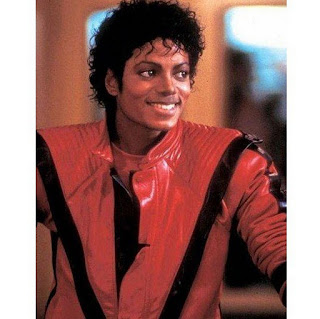 7. Julian Casablancas/The Strokes- The masterminds who gave us 'Last Nite', 'Reptilia', 'Someday', '12:51' and 'Whatever Happend?' have always been one of those band who has looked the part of rockstars who don't really care about anything, and leather jackets have been part of their look for quite sometim 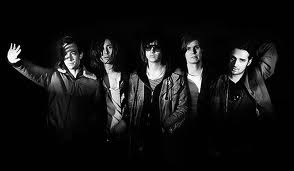 e. Singer Julian Casablancas has pretty much substituted his skin for a leather jacket 24/7 these days. 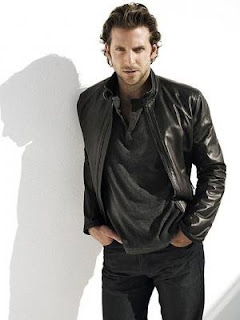 5. P. Diddy/Diddy/Puff Daddy/Puffy/Sean Combs- I'd like to say I have a lot in common with Puff Daddy, but I actually don't. However, I can now say that we both own leather jackets. By the way, when is the last time Diddy made a good song? Yeah, I don't know either. 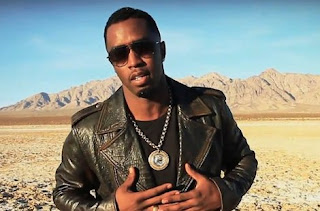 4. Danny Zuko- Danny Zuko is kind of an enigma. Can you really call him a badass? It's debatable. He looked the part, but c'mon, singing everywhere you go about falling in love with Olivia Newton-John? I mean everyone knows about those summer nights, and grease lightning sounds like a great name for an early 80's heavey metal band, but I'm going to call a bluff on Danny Zuko's toughness. Jacketwise he kind of kicks ass, but I have to deduct points for the whole singing thing, so Mr. Zuko has to drop to #4. 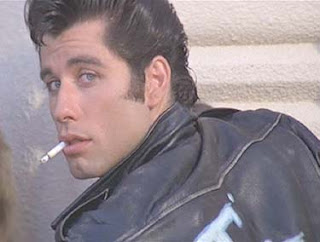 3. Roger Klotz- That's right. The Bluffsburg bully from Doug with the orange hair and green skin. What was up with Dough anyways? How did the kid with the green skin get to make fun of everyone when he was clearly an outcast? Oh wait. That's right. Roger Klotz had a secret weapon: a leather jacket. 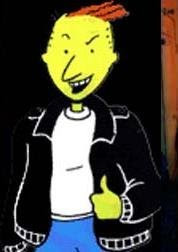 2. The Ramones- It was tough putting these guys at number 2 instead of 1, but they just have to settle here. There was no band quite like them. All their songs sounded the same and were always about 2 minutes and a few seconds long. They were a bunch of degenerates from New York with fake names, but more importantly leather jackets. I'd pay good money to see Joey, Johnny, Dee Dee and Tommy prance around CBGB's wearing leather jackets, but that'll be kind of hard considering three of them are already dead. 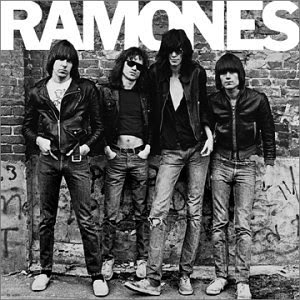 1. The Fonz- Really, has anyone ever been more associated with a leather jacket than the Fonz? The guy made Happy Days watchable. He had the hair, the looks, the ability to work a jukebox but just pounding on it, but most importantly, he had a sharp looking jacket. There is absolutely no doubt in my mind that when I wear this jacket out and about, I'll be getting a lot of Fonzie 'AAAAAAYYYYYYY!'s thrown my way. The Fonz revolutionized jacket wearing for men. 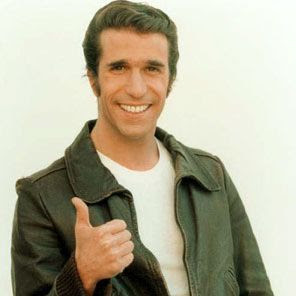 Needless to say, I feel a lot better wearing my snazzy new leather jacket out in public now that I've already embraced all the abuse I may get for wearing one.

Posted by Breakfast at Jimothy's at 3:56 PM