The internet is a wonderful thing 99% of the time.  This being said, that 1% of not-so wonderful material can get pretty brutal.  Much of this 1% comes from youtube music videos.  Some are hits, and some are misses.  For every ‘Call Me Maybe’ there is a ‘Friday’.  It seems  not so long ago that the world was exposed to Rebecca Black’s smash hit (?) ‘Friday’, bringing shame to the world of music, and gaining that talentless brat popularity for essentially sucking.  Why was ‘Friday’ so bad?  It was the lyrics.  And the video.  The video sucked.  So much nonsense was involved that it could puzzle even the brightest of minds.  At one point, I think we all said that nothing could top Ms. Black and her poor excuse for what she calls music.  We were wrong.  Two videos surfaced this week which are just as bad as ‘Friday’.  What we have on our hands here is a Bermuda Triangle of awful youtube music stars.  All young, middle school aged girls, all with a random appearance of a rapper out of nowhere, and all with lyrics that make Taylor Swift look like a creative genius.  Before showing these and dissecting them, special thanks to Fairfield’s Finest Maggie Nolin, and Annik ‘Nacho Mama’s ‘ Spencer for showing these to me.  Upon thinking about it, I’m not sure if I should be thanking you two or blaming you two for pain, but we’ll just go with thanks for now.  After reading this, please vote on the poll on the right side of the screen for which video is indeed the worst, so we can settle this score once and for all.


Right off the bat, way too many whoa oh oh’s for my liking.


What? No parental supervision for these parties?  Everybody get your drugs ready.


My birthday is July 4th, and it’s pretty sweet.  Never have I wished my birthday was on a different day until hearing it referenced in this video.


Once again, the ‘Ay!’ in between naming various foods are just useless.  Doesn’t do anything to help.


How creepy is it at 1:46 when the dude from the ‘Friday’ video pops out of nowhere?  Gotta say that this song makes a lot more sense when he does show up out of nowhere.


That death stare at 2:17 that Nicole Westbrook gives that poor bastard who brought cranberry sauce instead of mashed potatoes is surreal.  Very reminiscent of the look my mother gave me when I broke the news that I was going to PC instead of URI.


I’m actually a big fan of this turkey costume.  You just don’t see enough of those anymore.  Gives the video an easy-going vibe.


The freestyle portion of the song really ties it all together in my personal opinion.


The turkey drumstick being utilized as a microphone gets Nicole Westbrook a whopping 0 style points.


I’m all for the token black dude showing up at a party and stuff, but does the token black dude in this video have to not only show up, but hang out with kids who are 30 years younger than him? I can understand if he were the babysitter or something, but this is just creepy.


I love how this video starts off as a song about giving thanks, quickly turns into a lesson on what month holidays fall into, and finishing up into Nicole Westbrook basically reading off of a menu.


“Can’t be Hateful Gotta Be Grateful, gotta be grateful can’t be hateful” is officially the worst line in the history of song and dance.


Every Woman’s studies class will have a field day dissecting this for years to come.  I mean talk about gender stereotyping.  We have a young girl cooking in the kitchen while the menfolk just show up with cranberry sauce instead of the mashed potatoes like he was told.  Men aren’t good for anything, am I right!?


It may be a music video staple to have smoking hot scantily clad babes making the singer look like the man (except you, Ricky Martin!  You sly dog), but having a 12 year old girl on a bed is just kinda weird.

Finally, as some of you probably noticed, that black dude in this video is indeed the same guy from Rebecca Black’s ‘Friday’ video.  He’s really 2-2 in his songwriting thus far.  It takes great skill and talent to create the worst video in the world, and then make an even worse one about a year later.  How is that even possible?  Right now I’m trying to compare this feat to something else that has happened in history, but I really can’t.  I give up.


Immediate thought prior to watching the video- Baby Triggy?  I mean Lil Bow Wow and Lil Romeo were bad enough names for those youngins who thought they could spit fire, but Baby Triggy?  Ugh.  It sounds like a terrible nickname that a mathematics teacher would give for Trigonometry in order for it to sound appealing.


You know you’re in trouble when the three celebrities who wear the same jeans as you are Hannah Montana, Ashley Tisdale and Kiki Palmer.  Who the hell is Kiki palmer? This being said, why is Jenna Rose excited about this?  Ashley Tisdale hasn’t done anything since she graduated that High School Musical place, Hannah Montana is a fictional character, and google isn’t helping me find out who Kiki Palmer is.  She get’s no credit for name dropping here.


I actually do like the Heelys shout out at 1:19, even if I thought they went out of business many years ago.


I love the ‘Art’ artwork on her bedroom closet door. Example at 0:30 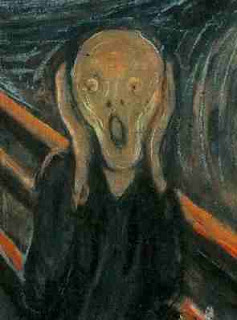 Do we really have to go through the driving-a-car-way-too-young thing again?


Call me crazy, but I’m not seeing too many jeans here in this video so far.


Ah.  Nothing says successful rapper like a white bucket hat that would make Gilligan proud.


The fact that Baby Triggy had to drop the line “What? Trig bought a new blackberry, What?” three times really sums up the lyrical genius of this song.


Referencing the Black Eyed Peas in any song is never a good thing, no matter how much of an established star you are.


The jeans that Ms. Rose settles on aren’t very easy on the eyes.  Rhinestones?  Where did she buy those?  Claire’s?  What is she? 13?  Ah dammit she actually is 13.


Again with the lack of adult supervision.  If her parents were around we wouldn’t have to worry about these teeny boppers having a party and singing about jeans in Jenna’s bedroom.


…This song would be produced by Lunchbox Recordz.


What is she looking upward at?  It certainly can’t be a bright future.


Again, way too many oh whoa oh whoaaa’s for my liking.


1:07 I’m really tempted to get Rhode Island license plate that says Jenna Rose.  It’s a shame that the New York one is already taken.


Is this Sarah Silverman’s daughter on drugs? 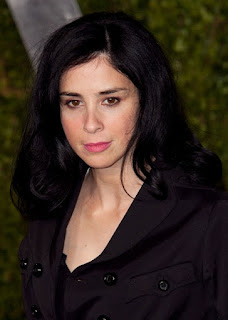 I am a firm believer that I would get similar reactions from MY friends when I show them the rhinestone encrusted jeans that I purchased recently.


I honestly think I have more street cred than Baby Triggy.


3:21- It appear that none of these girls have the potential to become America’s Next Top Model if this is how they move on the catwalk.


Where does this leave us?
If you remember, Rebecca Black was the victim of much bullying and name-calling and teasing.  Boohoo.  Are we supposed to feel bad for you, Rebecca?  No.  All of that stuff would never have happened if you didn’t suck.  Plain and simple.  Joe Dimaggio once said “They can boo as loud as they can cheer”, but let’s face it, they will boo louder if you suck.  Now we arrive at this Triple Crown of Sucking courtesy of youtube.  ‘It’s Thanksgiving’ Vs. ‘My Jeans’ Vs. ‘Friday’ in a triple threat match where no one wins.  I honestly am not one to judge which song is the worst, so go ahead and vote on the poll on the top right hand side of the page.  Feel free to leave comments below and give me more links of awful youtube sensations.
Posted by Breakfast at Jimothy's at 12:39 AM No comments: